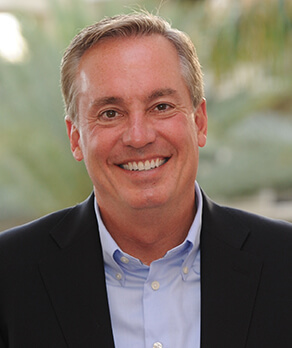 Before founding Harvard Partners LLC in mid-2015, Bill served as the cofounder, co-owner and CEO of First American Commercial Bancorp, Inc. d/b/a First American Equipment Finance, since its launch in 1996.

While a student at the Cornell Law School in 1996, Bill Verhelle founded First American with his long-time friend and business partner, Guy Klingler. Bill sold the business to City National Bank in 2012, continuing to serve as CEO of the independently managed company until 2015.

First American, headquartered in Fairport, NY, with well over $1B in assets, finances capital equipment for many of the largest hospitals, colleges, universities, enterprise businesses and non-profit organizations in the United States.

During the nearly 20-years Verhelle served as CEO of First American, the business

Bill has a Bachelor of General Studies Degree (BA) from the University of Michigan at Ann Arbor, a Master in Business Administration (MBA) from the Anderson School at UCLA and a Doctor of Laws (JD) from Cornell Law School. Bill is a member of the New York Bar Association.

First American CEO, William Verhelle, was the 2008 Chairman of the Equipment Leasing and Finance Association (ELFA). The ELFA is the premier trade organization for the $1 trillion per year equipment finance sector. The organization has over 700 member companies, including the nation’s largest independent equipment leasing companies, captive equipment leasing companies, and commercial banks. First American Equipment Finance has been a member of the ELFA since 1996.